BRHS a workplace that cares in good times and bad 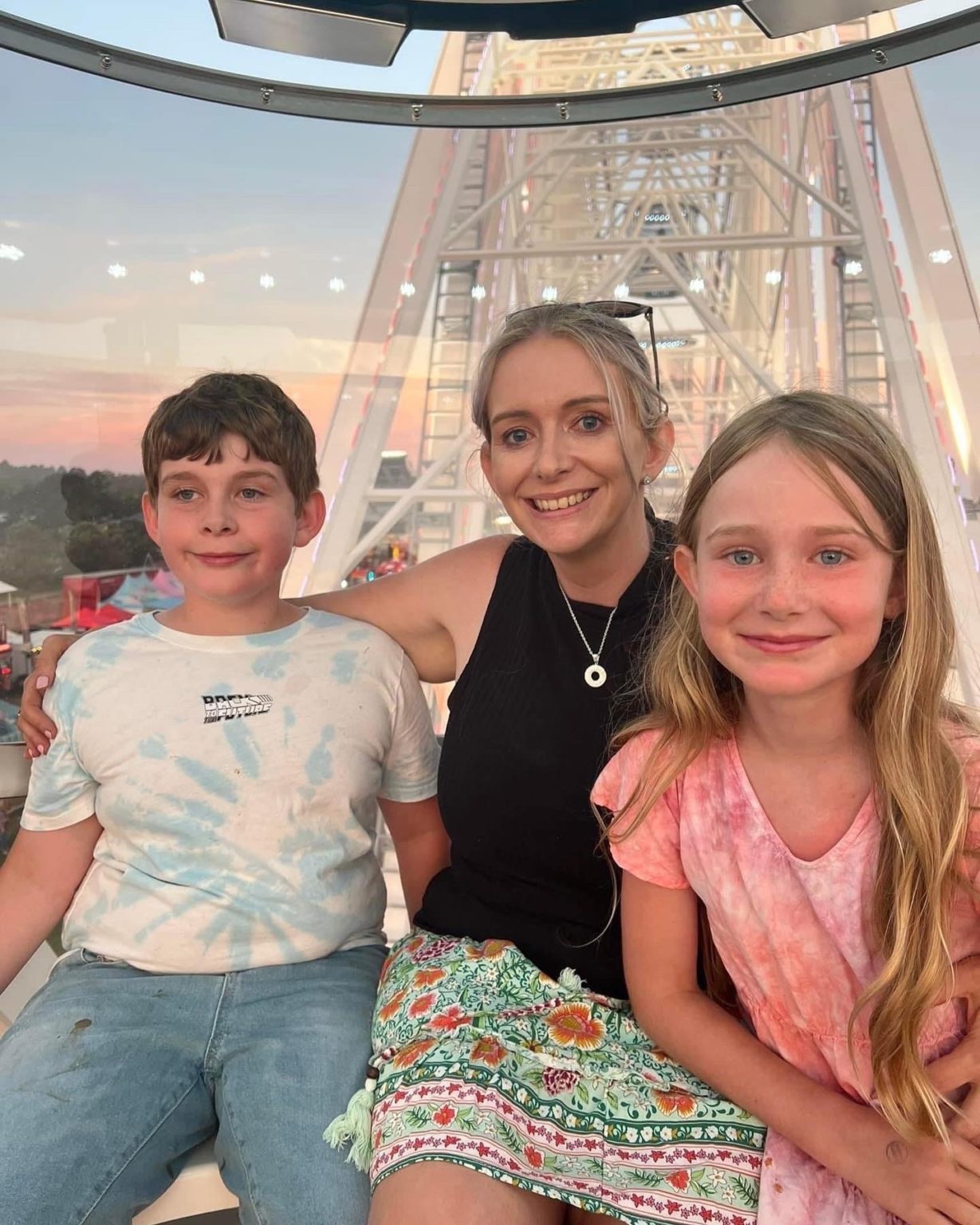 But she came away from the harrowing experience with a new appreciation for Bairnsdale Regional Health Service for its exemplary medical care and for the care and support it gives its employees.

Rachel, a People and Culture Officer with BRHS since November 2021, is no stranger to the medical world.

Daughter Alyssa, 8, like her dad Brett, has severe childhood asthma along with a vocal cord dysfunction that exacerbates her respiratory issues.

But Alyssa’s health took a grave turn for the worst in March with the first of a series of terrifying asthma attacks that required emergency care at BRHS.

“This was so scary. When it first happened, she was completely fine. She can be completely fine, and then an hour before the attacks come on she says she isn’t feeling well and then bam, it happens. Brett said we’d better call the ambulance. I was giving her Ventolin and doing anything I could think of to help her,” Rachel said.

“Her respiratory rate was really high, and the ambos said she had to go to hospital straight away. They took her straight through.”

Rachel can joke a little now when she explains the care and attention she and Alyssa experienced at the BRHS Emergency Department as ordinary members of the public.

“I didn’t know the Bairnsdale ED had so many doctors,” she laughed.

“There was suddenly people everywhere. They were just amazing. It was really scary, but you have to keep it together for the kids.”

Alyssa was admitted to BRHS’ Rotamah ward. She had recovered and was kept in for observation.

But she had another major asthma attack that required a MET (Medical Emergency Team) call. This happened just as Brett arrived. Because of COVID restrictions, he had not seen Alyssa or Rachel since the ambulance took them away.

“She went from zero to 100 very quickly, and poor Brett walked into an absolute disaster. I was hysterical and so was Alyssa,” Rachel said. “But all the staff at Rotamah and the Medical Emergency Team were so good.”

Once stabilised, she was to be sent back to ED for some additional treatment before a planned transfer to Latrobe Regional Hospital (LRH) in Traralgon.

Alyssa was transferred to LRH as planned but had several more severe attacks before she was stabilised and discharged.

Days later, Alyssa came back to BRHS by ambulance and was admitted again. The same scenario played out again the following week, and at least six more times between March and May.

“And every time, BRHS was just amazing for us,” Rachel said.

Alyssa has now recovered, although specialists are still investigating what happened. She’s back at school in Bairnsdale, and her asthma has stabilised.”

Rachel said medical staff were re-assuring and eased the burden on her and her family.

Rachel’s People and Culture team ensured she had support.

“At the time, I was on a tight deadline for something I was working on. I had the laptop out so I could get it done but Danielle (McToldridge, Acting Director, People and Culture) said, ‘Don’t worry about it. Just focus on Alyssa. Work can wait’,” Rachel said.

“When we were in here other times, I would text in the morning and (the P and C team) would offer to bring a coffee or some food or a book from the library.

Rachel said she knew that her team, led by P and C Director Berni Brown, was looking out for her.

“I was a relatively new employee. I know how busy everyone is without doing my role too. I still felt guilty, but Danielle kept saying, ‘Stop. Do not worry about work. Just think about Alyssa’, and she sent texts daily to see how we were,” Rachel said.

“It was a really big relief because other workplaces may not be so supportive. Danielle and Berni understood that I needed to be there as a mum. You’re never made to feel guilty about taking time off or if your kids have extra needs, and we all have each other’s backs.”

Rachel said support was on hand at the hospital to help her through the ordeal.

“There were times we thought we would lose Alyssa. They (BRHS) didn’t just help her physically, they helped us mentally as well. When I came back to work, I was worried about leaving Alyssa. Everyone checked if I was OK. They said, see the (on-site staff) psychologist. Use the Employee Assistance Program. They were so supportive and encouraging.”

It’s a culture that runs right through BRHS, Rachel said.

“I love working here. I’m constantly learning, and there are so many people you can go to from all different career perspectives who have different life experiences,” she said.

“Everyone supports each other, and it is a beautiful place to live and work. It’s probably the best workplace I’ve ever worked at. I love it. Great benefits. Great support. Great flexibility. Work/life balance is really important here. We’re reminded to take breaks and not just work all the time. They are always trying to make your life better personally and professionally.”

More from our Latest News

Got Something To Say? We're Listening.

If you have a compliment, a complaint, or a suggestion on how we can improve our service, we’d like to hear it. Use our feedback form to send us your message.
Send us your Feedback